Potting mix is the material that goes into a garden pot before you put seeds and plants into it.  It has several jobs:

Different plants need different types of potting mix.  For example, orchids like really chunky mix which their large roots can move through where as herbs like potting mix made from lots of little pieces.  When visiting a garden centre, you will see lots of different potting mixes that will show on the bag what plants they are designed for.

Potting mixes are made from a combination of composted pine bark, washed river sand, coir peat, trace elements and nutrients.

PREMIUM POTTING MIX
Often you will hear recommendations to use ‘premium potting mix’ which is very good advice to follow because it contains a mix of slow release fertilisers and wetting agents.  This makes sure that the plants have enough food to last them several months and the potting mix will hold water for much longer.

If you don’t use premium potting mix, you will need to add slow release fertiliser and a wetting agent yourself since the plant won’t get enough food to grow.  This can be more expensive and it’s much easier to use premium potting mix to start with, especially since it has been designed by scientists to get the best results. 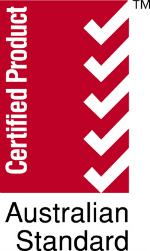 LOOK FOR THE RED TICK
To know if a potting mix is a ‘premium potting mix’, look for the red Australian Standards tick.  Only premium potting mixes are allowed to use it.  This means that they have reached government set standards and will definitely get your plants off to the best start.